Cyndy and her husband live in a rural settlement in Florida, where she enjoys the many facets of country living. She loves nature, adventure travel, reading, and volunteering as a child advocate with the court system. More than anything, she loves the Lord and her family.

Motherhood greeted me in the form of an 8-pound 10-ounce chubby-cheeked, beautiful baby girl. Relief filled my heart when she was born, full term and healthy after having been hospitalized at 29 weeks with pre-term labor.

The initial joy of motherhood was beyond what I dreamed, but two months after our daughter’s birth, my own mother chose to pick up a family antique rifle and end her life. Chaos entered our lives as never before and I felt the burdens of the world on my shoulders. My deep concern for my dad who lived 1,000 miles away was overwhelming.

In the midst of my own grief and confusion, I was also determined to do what I could to minimize the effects of the tragedy on my ability to be a good mother. For the first nine months I could not sleep, thoughts racing through my mind, trying to process the unthinkable, to make sense of the senseless. After moments of restless sleep, I would awake to the reality of this unthinkable nightmare, protesting the reality of it all.

Sometimes during those first few months, I would wander into my sleeping child’s room, pick her up and just hold and rock her, reminding myself of why I had to go on, had to get OK. I often asked myself how my mom could choose to leave me at what should have been one of the most wonderful times of our lives. I felt so abandoned, insignificant. It took years before I could honestly see beyond my own pain to see hers.

That first Mother’s Day was rife with emotion. The highest heights and lowest lows.  Joy and grief were bed partners, forever joined.  For years, my feelings on Mother’s Day would vacillate from true joy and thankfulness in being a mom, to sadness and anger at my own mother. I would see my friends with their children and doting grandmas and desperately wish my mother were there to share in that joy. I missed my mom, her laughter, the smell of her perfume, and her sometimes zany ways.

Thirty years ago, it was difficult to find support groups for loss of a loved one by suicide and the teaching coming out of faith communities often brought condemnation and shame. I went to multiple counselors before I found someone who could truly help me start to process my grief.

When I was young, my mother was the sparkling and vivacious center of our family. She filled our beautifully decorated home with music, dancing, and great meals. She was beautiful and intelligent, responsible with money, and she and my dad had a strong and devoted marriage.  At the same time, too often cracks would show, revealing deep and unresolved pain in my mother’s life. But I could not have imagined suicide would  invade our lives, forever changing my perception of life. 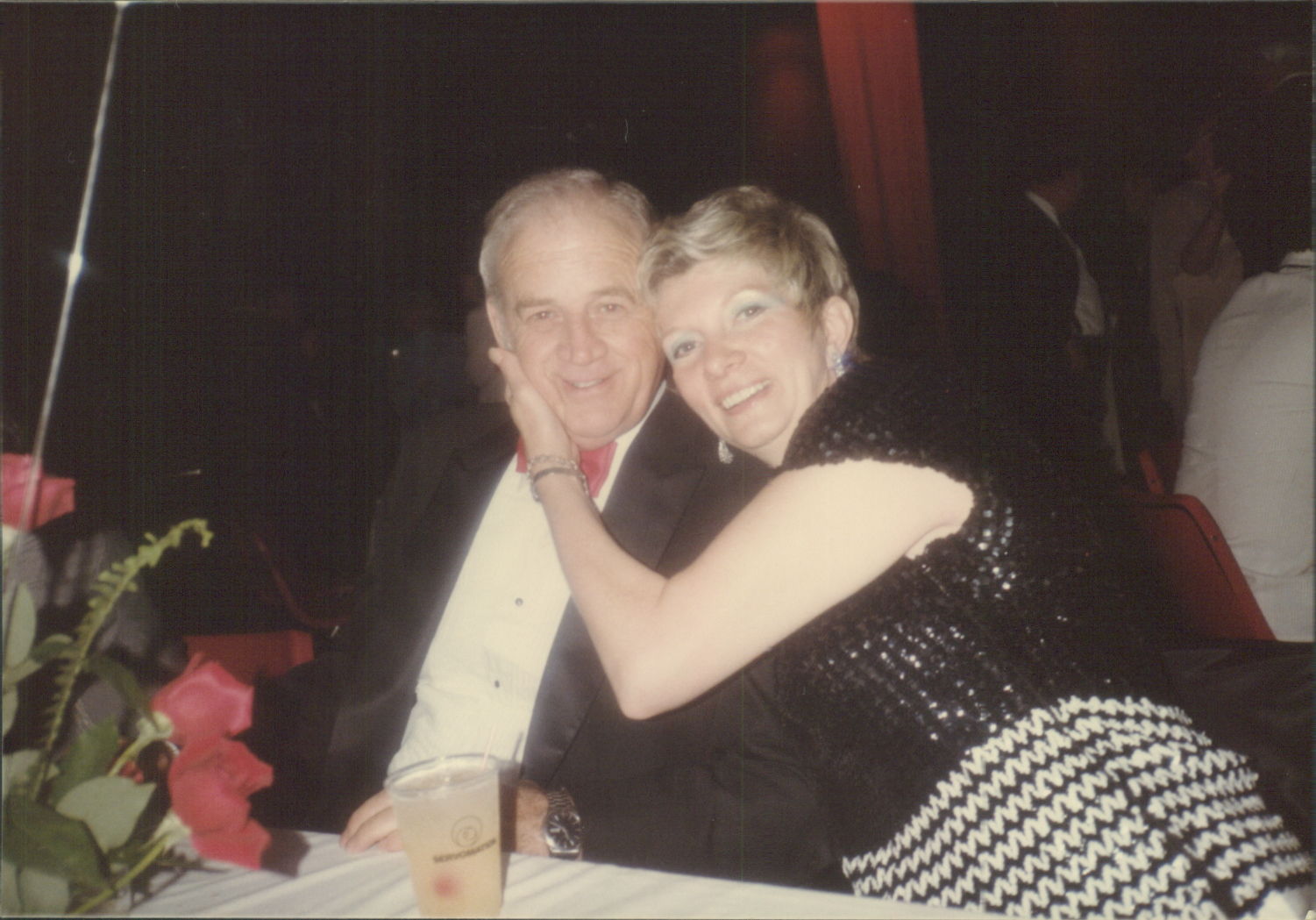 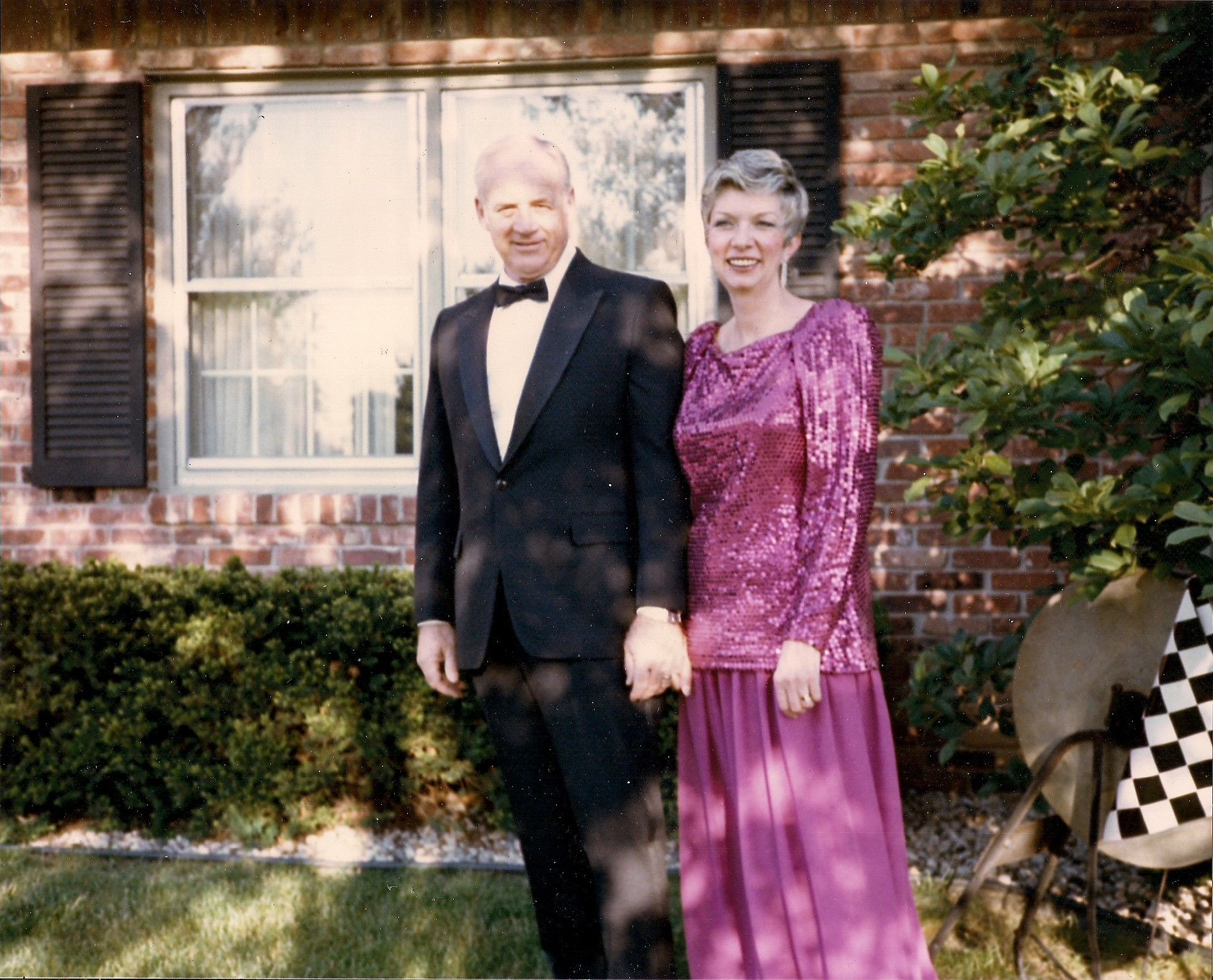 During the course of grief recovery, I began to understand how the unhealed parts of my mother’s life contributed to the deep depression that overcame her. For me, the actual process of grief recovery took years. At times, I would shelve it, choosing instead to focus on other good parts of my life, raising children, participating in church activities, and spending time with friends.

But as I approached my 49th birthday, the age my mother was when she took her life, I began again to be intentional about tending to my own emotional health. My daughter was now in college, and my son would soon be graduating from high school. The empty nest on the horizon and other challenges in my life exposed areas of needed growth. My counselor recommended I read The Journey of Desire by John Eldredge.  I was nearly undone when I read these words.

A kind of coarse grass grew in patches here and there, and a few trees were scattered across the horizon. But mostly, it was dust. And sometimes wind, which together make one very thirsty.  Of course, it must seem strange to you that such a beautiful creature should wind up in a desert at all. He was, mind you, a sea lion. But things like this do happen. How the sea lion came to the barren lands, no one could remember.  It all seemed so very long ago. So long, in fact, it appeared as though he had always been there. Not that he belonged in such an arid place. How could that be? He was after all, a sea lion. But as you know, once you have lived so long in a certain spot, no matter how odd, you come to think of it as home.

Efforts to protect my heart from more pain had left me numb. This was a wake-up call to my life, to the fullness that is available. To reconnect with my heart. I was powerless to change the actions of others, but I could control my responses and choose a path of forgiveness. By leaning hard into faith, I found One faithful. A path revealed where I could leave my unanswered questions, my feelings of rejection, the loss of dreams, and find peace.

As I look back over the last three decades, I have much to be thankful for. I was blessed with many women who breathed life into me when I could not breathe for myself.  My mother-in-law became my Naomi, a mother to me as well as a mentor and a role model for us all. My sister-in-law arrived the day of my mother’s death, guiding me through those first few days and helping care for my baby. She became my confidant and encourager in faith and growth. My precious friend Tracy poured me a glass of sweet iced tea and let me talk for years as our children would play. My friend Evelyn, along with her husband, came first to my house after I received the news, comforting me, waiting with me until my husband could be contacted and make it home. My 80-year-old grandmother, who had never been on a plane, ventured out with my dad that first year to our home to celebrate our daughter’s first birthday, and later again after the birth of our son. We all clung to each other, seeking glimpses of joy and watering those seeds until the joy overcame the grief. 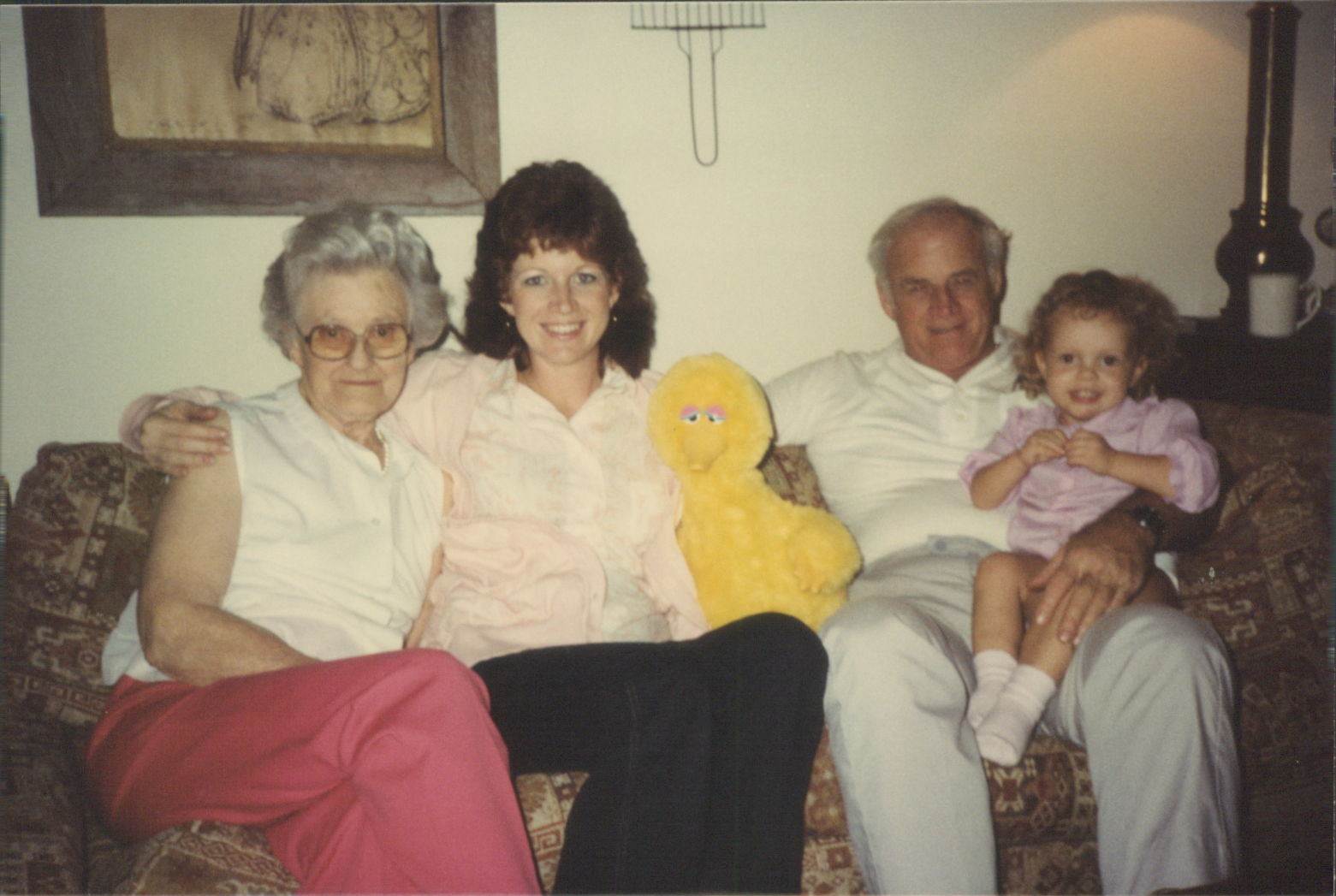 It was many years before I shared some of my story with my daughter, finally only doing so because I feared someone else would tell her first. I so wanted to protect her from the shame and pain that I had felt, but that is just not completely possible in this imperfect world. I was fearful of how this family story and my anxiousness during those early years would affect our daughter and later our son.

This much I can say: God is faithful, and that precious little baby girl of mine, Johanna, is now a grown woman with children of her own. And now, she and her cousin are reaching out to thousands of women, building a community of hope, encouragement and support for grieving women. Yes, God is good.

You turned my wailing into dancing. You removed my sackcloth and clothed me with joy, that my heart may sing to you and not be silent.  O Lord, my God, I will give you thanks forever. Psalm 30:11–12 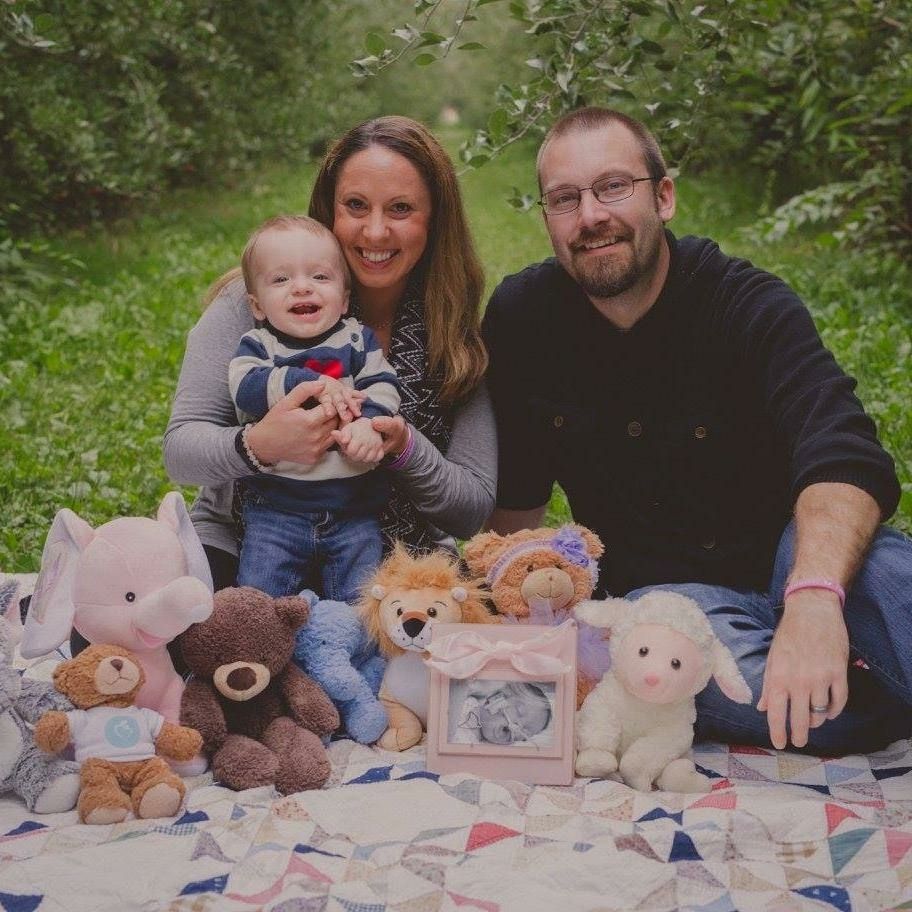 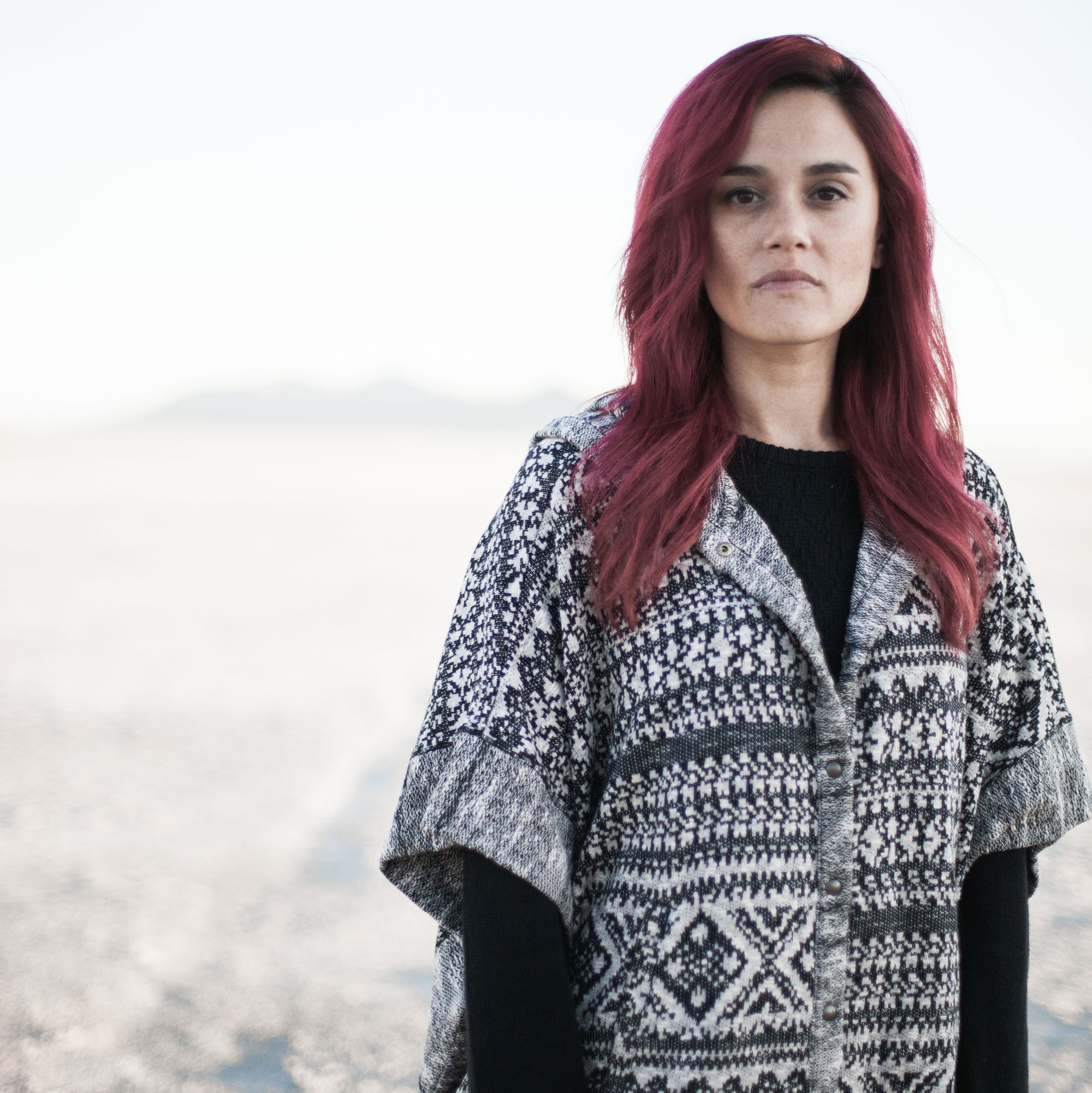 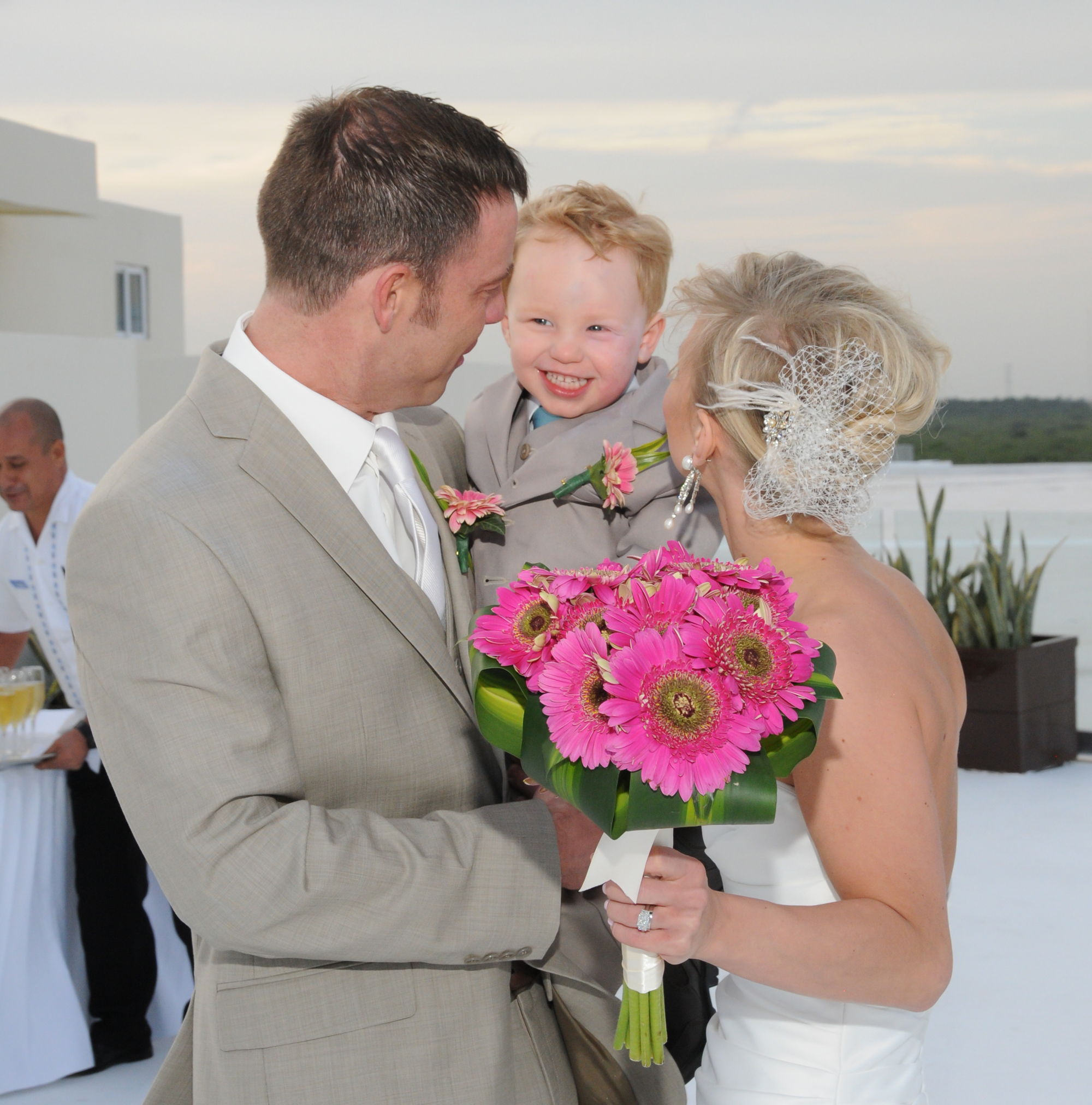